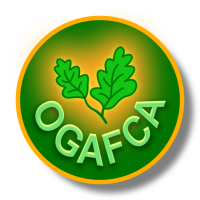 8 - Fifield Road just south of Coningsby Lane
Status 0 (overview)     9 "Wetspots" report 2020     Photos
A culvert passes under the road between Willow Creek and a ditch running round the back of what used to be the old Chapel. Most of the water moving up from the south trying to get to the Thames arrives at this point. Consequently it causes major flooding and as yet we have managed to achieve absolutely nothing that might improve the situation.

In fact it is very difficult to see how the onward flow from this point could be expanded to reduce the back-up. The route from what used to be the pond under the road through the culvert and then the constrained channel behind the old chapel and the Old Cottage to the culvert under Manor Grove and onwards cannot realistically be expanded.

When the rain stops and levels begin to drop excess water now clears pretty speedily, much more quickly than it ever used to. But the local residents at this spot are regularly threatened and only escape water inside their houses by a smidgeon. So we are currently raising the issue regularly at the quarterly TEAMS meetings and the particular residents at risk have been participating in those meetings.

RBWM Flood Risk and their consultants Project Centre have visited the site but the same old business of "private land" brings any progress to an abrupt halt. There is some clearance work on the back land that may help to reduce the extremity of the threat. Not long ago we would have grabbed our spades, put our wellies on, and been out there to do it. We are all a decade older now and not certain what the response might be these days to a call to arms ! But we can try it if necessary.

In the end the only realistic option once again is to investigate the possibility of delaying the arrival of all this water and spreading the flow over a longer period of time at a slower pace. This of course will require discussions with various landowners and we can hardly expect them to be keen on the idea of donating land to become wet season sumps !

The main difficulty is that Local Government are going to have to shift their perspective away from the "private property" refrain and accept that none of this is going to be improved unless it becomes part of an overal plan that cannot be realised by hoping that every few metres of waterflow will be adjusted and improved by individuals as required by "the plan" and then looked after by them.